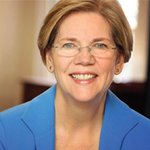 Elizabeth Warren demonstrated her fighting spirit long before becoming the first woman Senator from Massachusetts. In the Senate, she's pushed bank regulators to do their jobs, and fights for vital priorities like post office banking, a new Glass-Steagall, expanding Social Security, and debt-free college. 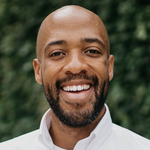 Mandela Barnes a Milwaukee native, was born in the city’s poorest and the nation’s most incarcerated zip code. He was elected to the state assembly at the age of 25, where he championed working family economic and criminal justice reform issues. He’s also traveled the country helping other state legislators fight back against the regressive corporate ALEC agenda. Now he’s running to be the next Senator from Wisconsin. 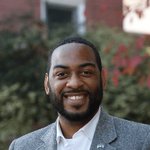 Charles Booker in 2018, Charles was elected to the Kentucky House of Representatives, becoming the youngest Black state legislator in nearly 90 years. As a legislator, Rep. Booker fought for the people: common-sense gun safety reform, lower prescription drug prices, expanded voting rights, stronger labor unions, and for racial justice. He is a lifelong advocate for local businesses and working people. 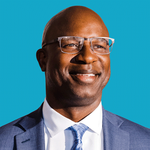 Jamaal is a public school teacher and principal who founded the highest-ranked middle school in New York for improving students’ test scores. He has a strong sense that America’s families are struggling with an emergency of high rent, high debt, and high health care costs — and he’s running to do something about it. He’s running in a primary against a Democratic incumbent, Eliot Engel, and recent polls show him rising in popularity. He’s endorsed by Working Families Party, Justice Democrats, and New York City Public Advocate Jumaane Williams. 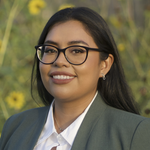 Jessica Cisneros is a human rights lawyer and proud daughter of Mexican immigrants who is running against Rep. Henry Cuellar, one of the nine House Democrats that fought for corporate interests and watered down Build Back Better. Cisneros will fight to pass progressive ideas and is a fierce advocate for Medicare For All, a Green New Deal, and fixing our broken immigration system. 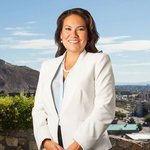 As a County Commissioner and County Judge, Veronica took on the local police chief when he called Black Lives Matter “a radical hate group,” and sued the state of Texas over a bill that would have allowed local police officers to become de facto border patrol agents. She also led the effort to build public health clinics in El Paso, and has been visiting detention centers where children have been separated from their parents. 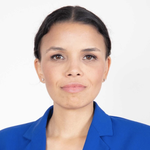 Morgan Harper is a proud consumer protection attorney, anti-monopoly advocate, community organizer, and during the Obama administration, she served as a Senior Advisor at the Consumer Financial Protection Bureau (CFPB) responsible for protecting consumers against predatory lenders. Morgan now is a 2022 Democratic candidate for U.S. Senate for Ohio. 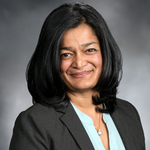 Pramila has spent the last 25 years as a Seattle organizer and activist — leading the charge for a $15 minimum wage, founding an immigrant rights’ organization, and passing legislation to help rape survivors. In 2016, she was elected to succeed retiring Congressman Jim McDermott, a huge progressive champion. 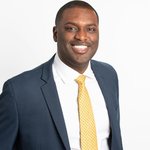 Mondaire Jones was born in his district, and raised in Section 8 housing by a single mom who worked multiple jobs. He earned a Stanford BA, worked at the Department of Justice, graduated from Harvard Law School, founded a nonprofit, and then returned home to work as an attorney in Westchester County. He’s running on a platform that includes Medicare for All, universal child care, student debt forgiveness, and the Green New Deal. He’s endorsed by Democracy for America, Collective PAC, the Victory Fund -- and Elizabeth Warren! 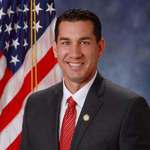 Kahele is a state senator and former nonprofit director running for Congress in Hawaii’s 2nd district. In the senate, he has proven himself to be a champion of the environment, including fighting corporations to protect public water rights and other natural resources. He has also worked to lower the cost of tuition and textbooks for Hawaii students. His platform includes Medicare for All, a Green New Deal, and a $15 minimum wage. This district is an open blue seat, due to the decision of current Representative Tulsi Gabbard not to run for re-election. His primary is August 8. 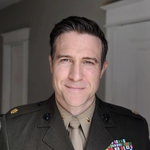 Lucas Kunce is running for the open U.S. Senate seat in Missouri and is called "a crusader against corporate consolidation" by Huff Post. He was born and raised in the state, the son of a teacher and a Missouri conservation worker who struggled financially his whole life. He knows medical debt up close after his younger sister battled a heart condition. Lucas attended Yale on scholarship and then served as a Marine in Iraq and Afghanistan. Back home, he saw how his community was being destroyed as corporations sold off Missouri jobs to China. He’s now an attorney and the Director of National Security Policy at the American Economic Liberties Project, where he focuses on the ways that monopolies hurt our national security. He’s running a strong, populist campaign, and he’s the right candidate for Missouri. 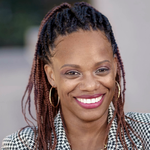 Summer Lee is a Pennsylvania state legislator and dedicated organizer, activist, and advocate for social justice. Since taking office, Summer has been a voice for people across the district – championing initiatives that support sustainable jobs, environmental responsibility, police accountability, and gender and racial equity. She is a tireless advocate for workers’ rights, union protections, and the fight for a liveable wage. 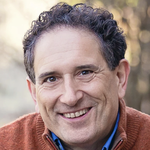 Andy is a former union organizer, and one of the main architects of the Employee Free Choice Act, which would make it easier for anyone to join a union if they wanted to. He’s running for Medicare-for-All, free college for poor and working-class kids, and to stop global warming. As he says, “We can build a new politics of solidarity that will help working class people vote in their economic interests and take and hold power.” Fun fact: Andy learned Haitian Creole during his days organizing nursing home workers. He’s running for the open blue Congressional seat in Michigan. The current congressman is his dad, New Deal Democrat Sandy Levin, who is retiring this year. 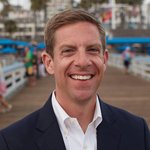 Mike is a clean energy entrepreneur and non-profit director. He believes strongly in the power of clean energy to create jobs, and will also fight for Medicare for All, debt-free college, and a $15 minimum wage. Mike says he is proud to be part of the Elizabeth Warren wing of American politics! He’s running to take on Darrell Issa, one of the most vulnerable Republicans in Congress, and he’s been participating in local protests outside Issa’s office each week — and then inviting protestors back to his office to call voters! We believe in this type of grassroots organizing, and the way he’s turning the Resistance into electoral power. 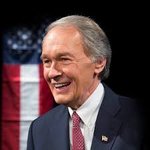 Sen. Ed Markey (U.S. Senate - Massachusetts) was the first senator to endorse a Green New Deal, the first senator to reject campaign cash from the Fraternal Order of Police that opposes reform, and one of the first members of Congress ever to fight for Net Neutrality. He’s facing a September 1 primary against Joe Kennedy III, who is running for no reason whatsoever. Markey is a lifelong progressive fighter who has been endorsed by Elizabeth Warren and AOC. 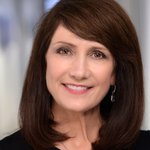 We endorsed Marie Newman alongside a group of allies like EMILY’s List, MoveOn, NARAL Pro-Choice America, Planned Parenthood Action Fund, and Democracy for America. Marie is running once again in a primary against eight-term congressman Dan Lipinski, a Democrat, in this deep blue district, after a narrow 1% primary loss in 2018. Why is she taking him on again? Because Dan Lipinski inherited this seat from his father and then voted against Obamacare, voted to deregulate Wall Street, chairs the Pro-Life Caucus, and was the only Democrat in Congress to oppose an LGBTQ equality bill. Meanwhile, Marie is running on progressive values -- for Medicare For All, reproductive rights, and equal rights in this district that Clinton won by 15 points. 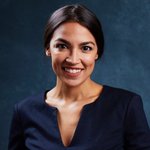 Alexandria received national attention when she beat longtime incumbent Joe Crowley in a primary, and since then she's ignited a movement. She is a proud Democratic Socialist, running on a strong platform of single payer healthcare, a federal jobs guarantee, end to private prisons, and campaign finance reform. 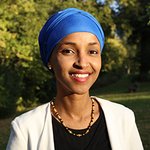 Ilhan emigrated from Somalia with her family when she was 8 years old. After spending 4 years in a refugee camp, they arrived in Minneapolis. Years later, she worked for the City Council as a policy analyst, where she fought for paid parental leave for municipal employees, restricted the use of pesticides in the city, and formed a task force to examine pollution’s impact on communities of color. She’s now a 36-year-old mother of three, a state representative — and the first Somali-American Muslim woman to hold public office in the United States. (She’s also a past PCCC Champion, and alumni of our training program!) She’s running for the open blue Congressional seat in Minnesota vacated by Keith Ellison, who is running for Attorney General of Minnesota. 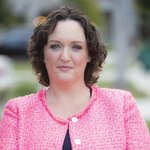 Katie has spent twenty years fighting Wall Street and powerful interests as an attorney and consumer advocate. She was one of the first to sound the alarm about the big foreclosure crisis, and served as California’s watchdog on the banks. She even wrote a book with Senator Elizabeth Warren! Katie is taking on Mimi Walters, one of the most vulnerable Republicans in Congress. 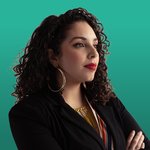 Brittany Ramos DeBarros is an Afro-Latina Staten Islander who was raised in a military family and served as an Afghanistan veteran. She is running on a bold progressive platform of a Green New Deal, affordable housing, Universal Pre-K, and more. 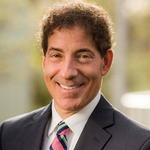 Before his election to the U.S. House of Representatives, Jamie led the Maryland State Senate's fight for marriage equality, ending the death penalty, passing criminal justice reform, and opposing corporate spending in political campaigns. A former law professor, he’s an expert on the Constitution, voting rights, and gerrymandering. 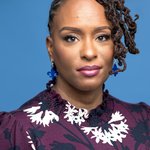 Attica Scott is a State Representative and was the first Black woman elected to the Kentucky General Assembly in more than two decades. In her time in the assembly, she brought 80 bills to the floor, including legislation banning no-knock warrants and banning discrimination against students who wear natural hairstyles to school. Scott is running to replace the retiring Rep. John Yarmuth and will fight for racial justice, Medicare For All, a Green New Deal, the John Lewis Voting Rights Act, and more. 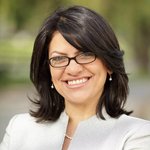 Rashida was born and raised in Detroit, the daughter of working-class immigrants and the oldest of 14 kids. She became the first Muslim woman ever to serve in the Michigan legislature -- where she fought predatory lenders, big polluters, and big corporations. She also fought for free health clinics and Meals on Wheels. Rashida talks about “taking on corporate billionaires, crony capitalists, industrial polluters, and government officials who would prefer to be unaccountable.” She’s running for an open Democratic seat. 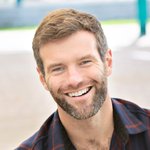 Tom Winter served in the Montana State House, is a current member of IBEW 206, and has been organizing in the Western Montana community for the last decade. Winter proved that Democrats can win in a +11 Trump district by organizing in their community and rooting a campaign in popular policies that empower and excite working families, and is a climate champion who supports a Green New Deal, an outspoken advocate for voting rights, and has a plan to tackle the opioid crisis by taking on Big Pharma in Washington. 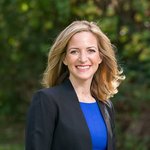 Jocelyn is running for Michigan Secretary of State to protect voting rights, especially during the all-important elections in 2020. She is also running on a smart platform of the “30 minute guarantee” — pledging that no one will have to wait more than 30 minutes to renew their drivers' license, register their vehicle, or cast their ballot. Oh yeah, and she's a former Elizabeth Warren student! She’s focused on running a strong race to beat the Republican.

Looking for our 2021 state and local champions?