The Progressive Change Campaign Committee (BoldProgressives.org) is a million member grassroots organization building power at the local, state and federal levels. It engages in electoral work and issue advocacy work -- fighting on democracy issues and for economic populist priorities like expanding Social Security, Medicare For All, a Green New Deal, student debt cancellation, and Wall Street reform. PCCC has been a proud supporter of Elizabeth Warren since her first run for Senate and was the first national political organization to endorse her for president in the 2020 election.

Senator Warren said: "PCCC members were with me since the beginning -- even before there was a beginning! Now, we have lots of work to do together." The PCCC has raised over $29 million in grassroots donations for progressive candidates and committees. It has also trained hundreds of state and local candidates and elected dozens of bold progressives to Congress.

Adam Green and Stephanie Taylor founded PCCC in 2009, and we’ve been fighting for progressive change ever since.

Some of our issues include:

We also support candidates running for office through fundraising, volunteers, training, and technology. We’ve supported candidates with millions of phone calls to voters through our Call Out The Vote program, and trained thousands of candidates and campaign staffers in the nuts-and-bolts of running for office.

We also have a proud affiliation with the P Street Project (c4).

Are you press? Get in touch here. 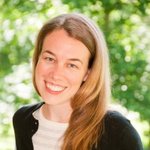 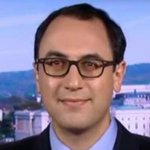 Dr. Stephanie Taylor has spent 20 years shaping national progressive politics. As the co-founder of the Progressive Change Campaign Committee (PCCC) and the Progressive Change Institute (PCI), she’s pioneered new ways to use technology to support thousands of candidates as they run for office, and to empower the activism of one million grassroots members. She’s a frequent commentator in the news on working-class politics, and has written for the New York Times, The Guardian, The Nation, American Prospect, and others. She’s been honored by the Congressional Progressive Caucus for her work, and is a founding member of the influential Women in Politics and Technology (WIPT) community. Taylor holds a BA from the University of Virginia, an MFA from Columbia, and a PhD in American history from Georgetown, where she wrote a dissertation on workers, citizenship, and the Constitution. She started her career as a union organizer in Appalachia, and now lives with her family in Pennsylvania and Washington DC. She's the mom and stepmom of four awesome girls.

Adam Green, Co-Founder of the Progressive Change Campaign Committee (PCCC). For four years, he worked as Director of Strategic Campaigns and Civic Communications Director for MoveOn.org. Previously, Adam served as the Democratic National Committee’s press secretary in Oregon for the 2004 presidential campaign, communications director for the New Jersey Democratic Party in 2003, and press secretary for the top winning Democratic U.S. Senate race of 2002. He has a B.A. from George Washington University and a law degree from the University of Virginia. He is a frequent contributor on both MSNBC and CNN. Follow him on Twitter @AdamGreen.

Jackie Arasi helps develop smart requirements and keep technology projects moving forward. She began work as a software project manager in 2004 on a suite of web tools for community organizing, has actively participated in open source software communities, and was a part of a leadership team that worked to incorporate technology intelligently into a broader movement for more livable, bicycle- and pedestrian-friendly cities. She has been fascinated with software as a tool for resource management, project planning, and successful “campaigning” since the first time she played the Oregon Trail in her 2nd Grade Computer Lab.

Jasmine Carter-Gales, Training Associate for the Progressive Change Campaign Committee, is a Memphis, Tennessee native, and holds an M.P.A. from Tennessee State University. She helped create a Neighborhood Advisory Board in Goodlettsville and Nashville’s first Black Millennial Voter Registration Rally, and previously worked with the Lawyers Committee for Civil Rights Under Law. She has been named a Rising Star by the American Society of Public Administration, and is on a continued mission to make sure electoral politics reflects marginalized and underserved people, especially Black communities.

Emily DiVito was born and raised in St. Petersburg, FL. Only after moving to Massachusetts to attend Wellesley College was she finally able to find a place in progressive politics, campaigning for Elizabeth Warren and President Obama. After earning her B.A. in American Studies from Wellesley, she joined the Bernie Sanders campaign in New Hampshire and traveled to several different states as an organizer. Emily first joined PCCC as a member of the electoral team, spending several months in 2016 on the ground with our bold progressive candidates before transitioning to the role of Special Assistant.

Kristin Fulwylie, a Training Fellow for the Progressive Change Campaign Committee, hails from Pittsburgh, PA and holds a B.S. in Public Relations and an M.S. in Business. Over the years, she has worked with the NAACP, the Central Florida Urban League, and the Florida State Legislature, among others. Most recently, she served as the State Coalition/Political Director for the Second Chances Campaign to pass Amendment 4, which restored the eligibility to vote to people with felony convictions. She lives in Orlando, FL with her husband and in her free time runs a non-profit organization, The Black History Project, Inc., which teaches black history to high-school students.

Courtney Hagen has spent over 15 years working in politics in Washington, DC. She is the former Senior Lobbyist for PCCC, where she elevated issues such as debt-free college and progressive infrastructure priorities to the national stage. Prior to joining PCCC, Courtney worked at several top lobbying and consulting firms and at the White House Office of Management and Budget. Courtney has B.A. degrees in Foreign Affairs and History from the University of Virginia and an M.P.P. from the Georgetown University McCourt School of Public Policy.

Ethan Jucovy has been a professional Python software developer since 2006. Before joining the PCCC, he built web applications for community organizers and government transparency at a NYC-based non-profit, and distance learning platforms and new media teaching tools for Columbia University professors. He is active in open source communities and has made core contributions to prominent Python projects like Django, Plone,  and Virtualenv. He's long hoped to build software that will help all the robots evolve better, but he's no longer convinced that's wise.

Elizabeth Morasco, a Training Fellow for the Progressive Change Campaign Committee, is a California native and holds a bachelor of arts in Communications from DeSales University.  Prior to this, she was a Regional Organizing Director for NextGen America. While at NextGen she managed a team of organizers, registered thousands of young people to vote, and successfully worked to flip multiple seats, both locally and federally. In her free time she enjoys watching horror movies and gardening. She currently resides in Pittsburgh, PA.

Amanda Pittman is a native of the DC suburbs, and like everyone who grew up there, she has managed to find her way to Richmond, Virginia. She's bounced around a few different fields, but most of her work has been in journalism and advertising. She got her start writing reviews for concerts around DC and Richmond, and later attended Miami Ad School in San Francisco to get a taste of the West Coast. Most notably she's written for Mashable and produced work for The Martin Agency. When she's not hanging out with her dog or telling jokes at an open mike night, she enjoys going to local shows and eating her way through the city.

Rachel Queirolo was the Assistant Director of Development at Rock the Vote, working on voting rights, civic engagement and education, and mobilizing millennials to get to the polls. Prior, she did a short stint in Colorado as a Deputy Finance Director on a Senate campaign. Beginning in human rights advocacy with an international focus on trafficked women, Rachel got her start working for the oldest progressive multi-issue policy think tank in Washington, the Institute for Policy Studies. Rachel also worked in development roles at the United States Holocaust Memorial Museum and at a national security and foreign policy think tank. Rachel received her B.A. from Mount Holyoke College, where she studied politics and Russian and Eurasian studies.

Prior to getting bitten by the organizing bug, Keith Rouda spent over 20 years in the private sector in advertising agencies, web development, IT strategy, talent acquisition, human capital management, and consulting across industries including consumer packaged goods, pharmaceuticals, and health care. SINCE getting bitten, he was a regional organizer with MoveOn.org supporting and developing volunteer leaders in Kentucky, West Virginia, Tennessee, Ohio, Indiana, and Michigan. Since 2012 he has been a field organizer on Tammy Baldwin’s campaign in Wisconsin, an issue advocacy campaign in New York City, and Cory Booker’s campaign in New Jersey, and he's worked with the New Jersey Education Association on Barbara Buono’s race against Chris Christie.

Kayla has spent most of her career working in politics and fighting for progressive causes. She’s worked on a number of candidate and issue campaigns across the country from the local and statewide level. Previously, Kayla served as the Director of Field Support at the Progressive Change Campaign Committee where she worked with endorsed campaigns to build and maximize their field operations, then as a Campaign Director where she worked to nationalize debt-free college as a campaign platform. Kayla lives in downtown St. Louis with her husband and two rescue pups Maverick and Goose.