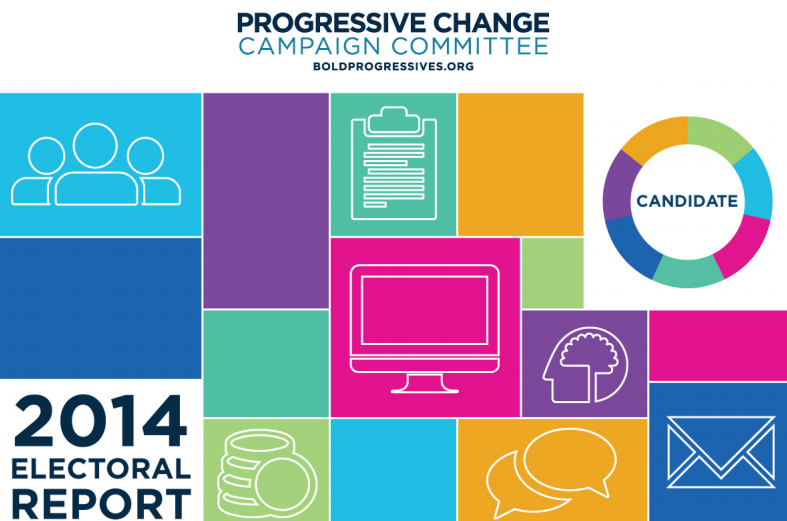 These bright-blue districts will be represented by real progressives! And PCCC members helped elect great progressives to the Senate and House in November. (Read the full 2014 Elections Report.)

2. PCCC Members Called Out The Vote:

Thousands of national volunteers signed up to Call Out The Vote (COTV). Together, they made over 4 million phone calls to voters in key races.

The PCCC was the only national call program of this scale that worked directly with campaigns — so they could use the data the PCCC collected, making the work twice as effective.

These calls helped key progressive champions like Al Franken and Jeff Merkley win re-election to the Senate — and helped Rep. Rick Nolan in Minnesota win one of the tightest House elections. 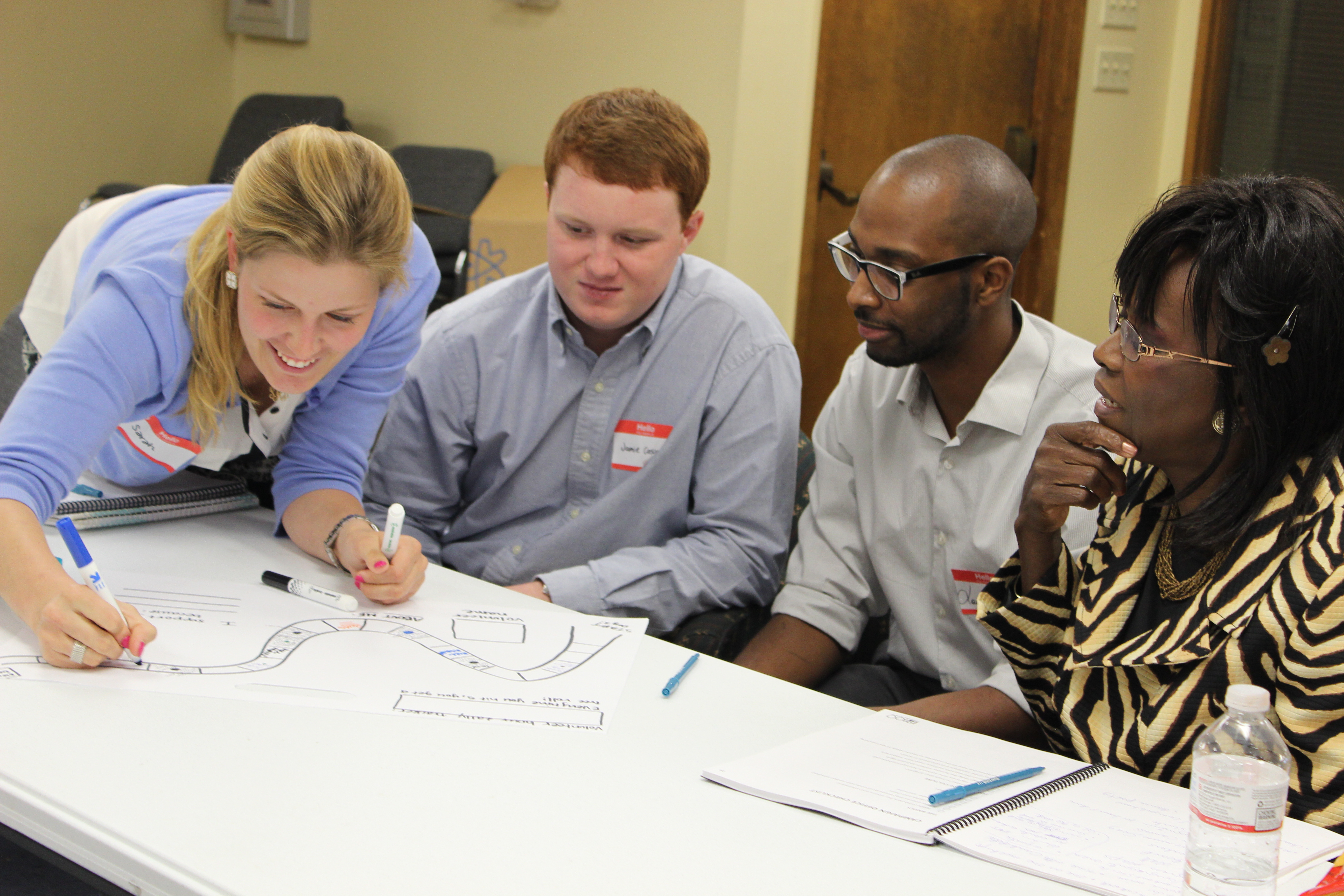 The PCCC has been developing infrastructure to support thousands of progressives up and down the ballot, and it’s beginning to pay off.

This cycle, the PCCC trained over 600 candidates, campaign managers, field directors, finance directors, and communications directors, from Iowa to Florida to New Hampshire.

And the PCCC’s special technology for campaigns helped support over 150 candidates.

Considering a run for office in the next several years? Let the PCCC know here. 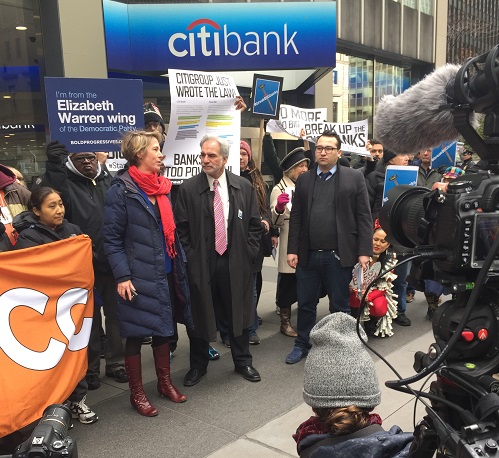 The PCCC was proud to be the only national group to support this feisty anti-corruption expert when she challenged New York Governor Andrew Cuomo in the Democratic primary, because being a Democrat shouldAi??meanAi??something.

She won a shocking 35% of the vote — exceeding all expectations and making her a rising star.

And the PCCC was commissioned by Mayday to manage a multimillion-dollar effort that made one of the most corrupt and powerful House Republicans, Energy Chairman Fred Upton, scramble for his political life after selling out to Big Oil. 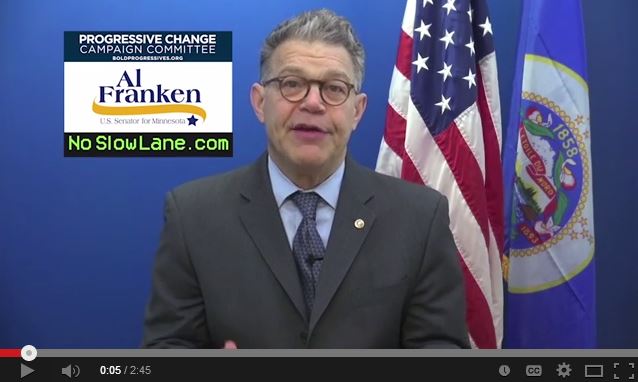 The fight rages on for a free and fair Internet.

The FCC chairman proposed rule changes that would create an Internet “fast lane” for big corporations and aAi??“slow lane”Ai??for everyone else.

The PCCC jumped into action along with allies, collecting 150,000 signatures in opposition to the proposed new rules. This activism was so effective, it got a shout-out during a White House press conference.

President Obama has now come out publicly on PCCC members’ side — and the big idea of making the Internet a public utility like water, equally accessible to all, is seen as credible. 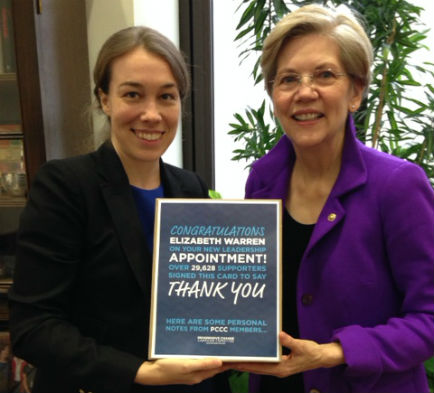 Senator Elizabeth Warren was the most popular Democratic campaigner in red, purple, and blue states.

After the election, she won a Senate leadership position — and won even more influence by fighting Wall Street and calling for Citigroup to be “broken into pieces.”

The PCCC coined the term “Elizabeth Warren wing” of American politics, which has been mentioned hundreds of times byAi??The Washington Post,Ai??New York Times,Ai??MSNBC, and others — and by the PCCC directly inAi??The Hill,Ai??The Nation, and onAi??C-SPAN.

Warren wing economic populism is on the rise.

After the election, the PCCC argued in editorials and interviews that Democrats lost because the Party didn’t stand for big ideas that would improve millions of people’s lives — like affordable college, better jobs, or real retirement security.

Now, the Progressive Change Institute (the PCCC’s sister organization) , is running the Big Ideas Project — a crowdsourced platform to allow everyone to nominate and vote for big ideas that over 30 members of Congress will consider. 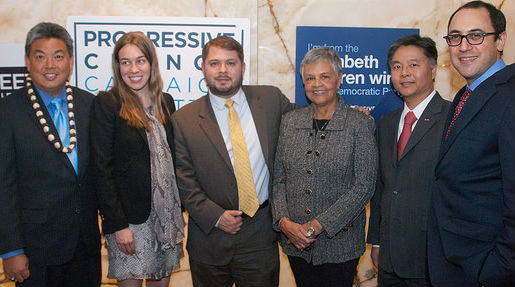 New members of Congress with Adam and Stephanie at the PCCC policy briefing.

9. PCCC is OrganizingAi??New Members Of Congress:

The PCCC recently held a progressive policy briefing for incoming members of Congress — the first of its kind during freshman orientation.

National polling will soon show that these ideas are popular across the spectrum.

The PCCC already sent its first organizer to the early presidential primary state of New Hampshire.

The PCCC is building a coalition of local unions, Democratic leaders, and activists who will pushAi??allAi??Democratic presidential candidates to embrace Elizabeth Warren’s big economic populist ideas.

Want to support the PCCC’s effective activism in 2015? Please donate $3 or more here.