This is Stephanie Taylor, co-founder of the Progressive Change Campaign Committee, and I’m excited to report that I spent last weekend in North Carolina, where a new progressive movement is in full force! For those who haven’t been following the situation, the state legislature has been taken over by Tea Party extremists who have rammed through an agenda that includes rolling back voting rights, rejecting Medicaid expansion, and slashing funding to education. But folks are fighting back, effectively and persuasively. So I headed down to see how we could help.

First stop was Raleigh, where we held a trainingAi??on SaturdayAi??andAi??SundayAi??for activists from all over the state on how to run a field program for electoral candidates from soup to nuts. We taught folks how to calculate a win number, manage volunteers, create a budget, and more. The training was led by the awesome Kim Rogers, deputy political director of the United Food and Commercial Workers (UFCW) — thank you, Kim! Our class included local leaders like Mary Perkins Williams, a longtime activist from eastern North Carolina, Wanda Cole, an organizer with the national fast food workers campaign, Nancy Davis, who has worked as a clinic escort for Planned Parenthood, and Tom High, an activist with the Move to Amend effort on campaign finance reform. Here is our class picture: 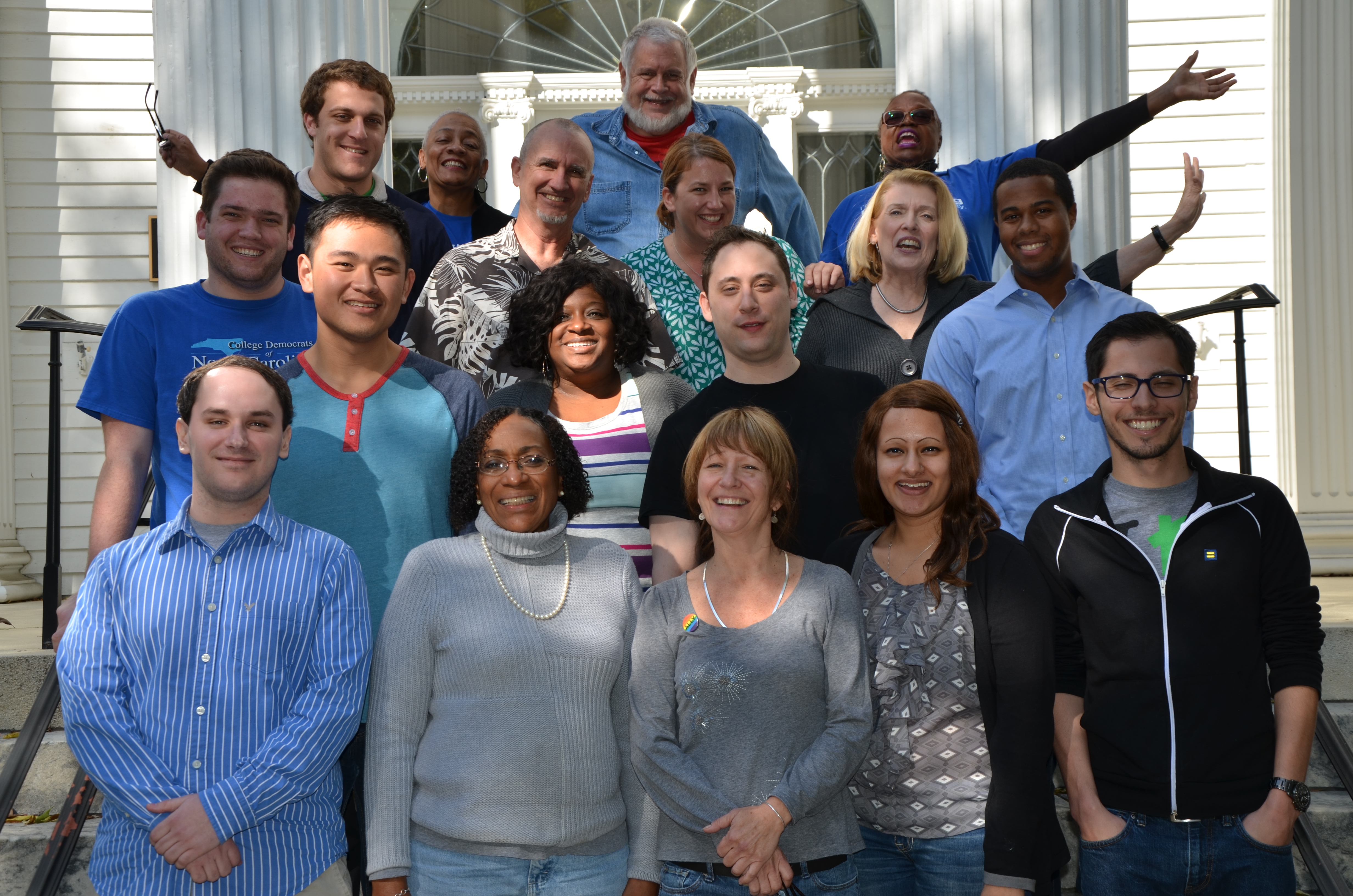 Thank you to the North Carolina Democratic Party for letting us use their lovely headquarters for the training. We had a wonderful time, and were all sad to say goodbye. Ai??If you want to apply for an upcoming training in your area, you can do soAi??here. These trainings are appropriate for anyone, regardless of skill level or experience. They are part of our larger effort to give activists the skills they need to elect more progressives to office — and change the world by changing who holds power.

On Monday, I met with Chris Fitzsimon, the Executive Director ofAi??North Carolina Policy Watch. Chris and his team report on the right-wing infrastructure in North Carolina and its sole funder, billionaire Art Pope. Their investigative journalism has already resulted in the indictment of one Republican legislator, and has helped hold countless others accountable. I’m so impressed with the work they are doing, and look forward to working more closely with them in the future. Thank you, North Carolina Policy Watch, for your leadership in the fight to take North Carolina back.

Speaking of leadership, I was lucky enough to attend aAi??Moral MondaysAi??event in Burlington, and see a number of terrific state leaders electrify the crowd. Moral Mondays is the movement led by the NAACP to present an alternative to the Tea Party agenda — an alternative that includes compassion and care for others, and a sense of morality and fairness in government. Their slogan is “Forward together, not one step back.” About 300 people attended the gathering in Burlington. You can see a picture below (snapped on my phone, so the picture is a little blurry.) Over 1,000 people have been arrested so far as part of Moral Mondays protests. It’s thrilling to see the energy of this movement. 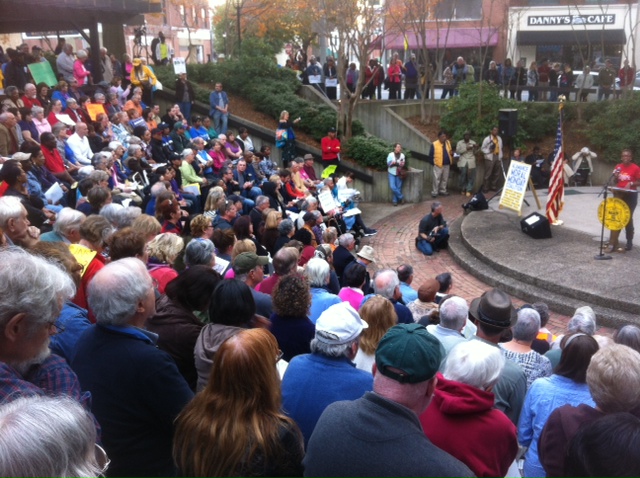 I drove homeAi??TuesdayAi??morning, feeling energized and excited about North Carolina. Progressives are on the march! And the chants from Moral Mondays are still stuck in my head. Forward together. Not one step back.

You can see more pictures from the training here:

Photos from the North Carolina training