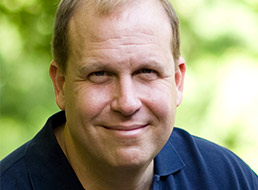 Daylin Leach is known as one of the toughest progressive fighters in the Pennsylvania State Senate.

He led his state’s fight against Republican vote stealing, introduced Pennsylvania’s first marriage equality bill, and partnered with us on a big minimum wage push this week.

This May, Daylin’s running in a competitive primary for a Democratic open seat — against opponents who are pro-voucher, anti-choice, and generally not that inspiring.

Grayson and Elizabeth Warren have proven that bold progressives in Congress can change the national conversation. Daylin is one of those game changers.

“I found the editorial appalling, quite frankly. Social Security literally lifted up entire generations of senior citizens out of poverty. I support Elizabeth Warren’s proposals [to expand benefits] and I would not consider myself a Third Way type of candidate in any respect.”

That’s the kind of clarity and bold leadership we need in Congress.