Check out the Top Ten Highlights of 2013 from the Progressive Change Campaign Committee!

It’s been a great year. Thanks to all of our bold progressive members for being part of it! 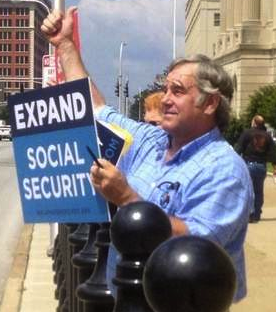 In July, we announced a big strategic shift: Instead of playing defense, we would rally around bills to EXPAND Social Security benefits.

Along with our allies, PCCC members deliveredAi??petitionsAi??to congressional offices around the nation. We releasedAi??pollsAi??showing this idea was popular by 2 to 1 in Kentucky and 3 to 1 in Texas!

After the Washington Post op-ed pageAi??attackedAi??”bold progressives” for leading the way on this issue, Elizabeth Warren made national news that day by endorsing Social Security expansion on the Senate floor (and in an email to PCCC members).

Nobel economist Paul Krugman writes, “a funny thing has happened in the past year or so. Suddenly, weai??i??re hearing open discussion of the idea that Social Security should be expanded, not cut.ai???

When Elizabeth Warren called for students to get the same low interest rates as big banks, over 1000 professors (who are also PCCC members) endorsed the idea.

When Elizabeth Warren was attacked, PCCC members attacked back!

Warren’s hometown Boston GlobeAi??profiledAi??us recently. They wrote, “A group called Progressive Change Campaign Committee is waging the most visible of these pro-Warren crusades.”

The NationAi??writes, “Warrenai??i??s voice is amplified by groups like the Progressive Change Campaign Committee, which have identified her as their ‘north star’ in the fight to renew the Democratic Party. That scares corporate interests.” 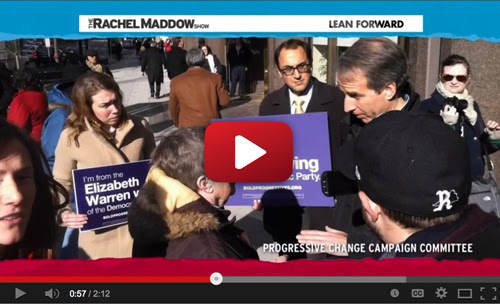 Third Way, a corporate think tank that claims to be Democratic,Ai??attackedAi??Elizabeth Warren and her populist agenda in the Wall Street Journal.

So PCCC membersAi??demandedAi??Third Way come clean about their Wall Street funding. During a petition delivery to their office, we had a huge victory!

We also got 4 of Third Way’s own co-chairs to publicly denounce their attacks. AndAi??MSNBC’s Rachel MaddowAi??called thisAi??”the single-most interesting fight within the Democratic Party.”Ai??Victory after victory for the good guys!

During the gun fight and government shutdown, PCCC members led protests outside McConnell’s office that damaged him in the media.

We also ran two trainings in Kentucky to equip activists with key campaign skills before the next election, and we’re mobilizing thousands of Kentucky PCCC members toAi??defeat Mitch McConnell in 2014! 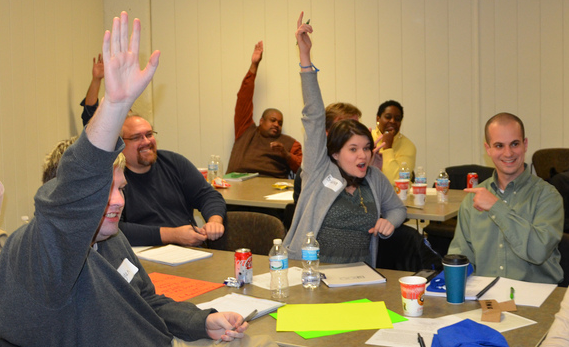 This year, we launched our P100 training programAi??to equip hundreds of future campaign staff with the nuts-and-bolts skills they need to run smart, competent, progressive campaigns.

The program is so popular that we already trained 175 people in Kentucky, North Carolina, New Hampshire, Texas, Maryland, and Wisconsin — and we haveAi??all of 2014 yet to go!

Thanks to generous PCCC members, we areAi??funding scholarshipsAi??for young people who otherwise could not afford to attend.

We’ve already begun to place graduates of our training program on top House and Senate campaigns. We’re building an army!

6. A Leading Voice Against Bombing Syria

When it looked like we were rushing to war with Syria, the public only had a short window to convince Congress to oppose the bombing.

Thousands of PCCC membersAi??filled out our detailed survey andAi??explained the public’s opposition to bombingAi??Syria, and we wrote a memo to Congressional Democrats with the results. This PCCC memo made national newsAi??overAi??andAi??overAi??andAi??Ai??overAi??again.

“Your progressive base stands firmly against military action in Syria,” we wrote.

Progressive opinion impacted Democrats in Congress, who were set to vote against military action. Fortunately, diplomacy and cooler heads prevailed.

Edward Snowden is the whistleblower who revealed that the Director of National Intelligence lied to Congress about the mass spying on our phone calls and emails.

While many stayed silent, we launched theAi??Edward Snowden Legal Defense FundAi??– and PCCC members chipped in over $38,000, which is being used to pay Snowden’s lawyers.

And PCCC members delivered over 100,000 signatures to Congress calling for reform of the unconstitional surveillance program, makingAi??national news.

The PCCC hosted our first congressional debate this year!

It was the first-ever “Open Debate” with questions submitted and voted on by the public. Over 1,600 questions were asked and 79,000 votes cast atAi??OpenDebateQuestions.com.

We’ll spread this Open Debate model in 2014 to give regular people more control of our democracy. Our goal is to make Open Debates the norm in local, state, congressional, and presidential elections.

Our chance of success on Wall Street reform, Medicare for All, the environment, and nearly every other issue goes up if we pass campaign finance reform.

We mustAi??take back our democracyAi??from big-money corporate donors, and that’s why the PCCC has a new campaign finance organizer to focus on this issue.

This year, as House Democratic leadership debated internally whether to support a strong or weak reform bill, we led a coalition of eight national groups thatAi??made clearAi??we’ll only rally around strong reform.Ai??We also worked behind the scenes to improve the bill.

In early 2014, a citizen-funded elections bill will launch. And we’ll make money in politics a populist campaign issue. Stay tuned!

10. Preparing For Progressive Victories in 2014! 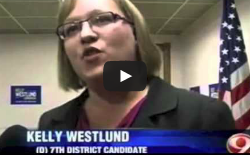 Kelly Westlund is an amazing progressive running for Congress in Wisconsin — for a competitive seat that Democrats must win in order to take back the House.

She’s running as a proud economic populist. Our team helped Kelly prepare her campaign launch, which resulted in a whopping 70 local TV news stories!Ai??Kelly also hired a graduate from our training program as her finance director, and hundreds of PCCC membersAi??donated to Kelly’s campaign.

We’ll help Kelly and hundreds of other federal and state candidates with our hands-on support, unprecedented infrastructure,Ai??cutting-edge technology,Ai??and a national grassroots army!